Perry and I were surprised at the sudden scenic shift as we left San Diego county and headed into the California desert. The mountains and hills around us looked like clusters of small round rocks all stacked on top of each other. Moon Valley? Was that the name?

As we entered Arizona, that’s when the cacti arrived (or we arrived at the cacti. Or cactises.). We passed the stoic army of windmills and then everything became sand, with little dry bushes dotting the canvas. It wasn’t long before the colorful, flat bodied cactuses appeared along the side of the road. Purple and green, these little prickly paddles looked like a scene from the Warner brothers Road Runner. After that the iconic tall cactuses came along. I knew them, I remembered them from yoga class.

We pulled into Sun City 2 whole days before our gig, which was serendipitous because Perry and I were able to capture the funniest image of ourselves as we danced along to the music at the Sunday evening concert at the park. We had a great time bonding with Larry and Trudy as we shimmied and shook to the old time rock-n-roll! (Well, I did more dancing than Perry, which was probably a good thing. We did want to make a good first impression. (Just kidding Baby, kisses :X)

The next day I took an exhilarating golf cart trip across town to Mark & Peggy Baker’s lovely home so we could do our first rehearsal for the Albuquerque Ukulele Festival happening the following weekend.

Traveling across town was so bizarre. I kept thinking I shouldn’t be on the road in that tiny thing, traveling next to pickups and even a semi that crossed my path across an large intersection. For a moment I knew what an ant feels like. Then a lady pulled up in a golf chart next to me and I was reassured.

Mark and I had a great time singing together “Makin’ Whoopie” and Perry joined Peggy, Mark and I for a wonderful Salmon salad. Oh, and I had my first anchovy. Not bad, I must say. It’s very very salty, so I could see the appeal.
After lunch I drove Perry and I back on the golf cart, acting like I knew my way around. We picked up some groceries for Perry’s culinary creations that night, and arrived back at Trudy and Larry’s just in time for “Larry’s UkuLadies” gig practice. We joined in, had a great time, and were cracking up the next day as we crawled our way thru the performance at the Sun City Open Mic.

On evening number two, Perry made a delicious vegetarian meal for us four and another couple Bob and Diane, who are an integral part of the Ukulele Club of Sun City. We just had the best time, I went to bed that night feeling completely inspired.

I have to say, staying at Larry and Trudy’s was absolutely divine. It felt like a resort getaway, right down to the sunny rooms, jacuzzi, and terry cloth bath robes. I reveled in the wonder of my circumstances as I sat in the hot tub in the early morning, just after sunrise, just before yoga. All of our food was healthy and lite, all the conversations were flowing and funny and insightful. I just felt like I left a better person than when I arrived.

And that was all before the ACTUAL event on Tuesday.

We set up in the hall and the club members began to arrive. The Strumming workshop was well attended and went great. I got some wonderful feedback about how useful it was, tho I wasn’t sure as I taught. Sometimes the students who stare back at me blankly confuse me a bit; are they understanding? Are they bored? Or are they just absorbing? It turns out they were absorbing and understanding all at once!

The ensemble class for Ode to Joy was very awesome as well. The students sounded great as one unit. That is until things dissolved at the open mic! Haha, it was my own fault for counting them in so poorly. So we didn’t sound quite as tight when we had an audience, but what did they expect? We’d just learned it an hour before! We were all giggling from the start of the performance and didn’t stop even as the end slowly approached. What great memories! Everyone in the club had a great time, including Perry and me! Before the pizza/wine/beer/open mic, Perry and I gave a performance, which was really fun for us, and then we all joined in with the festivities. Oh, and I wore my cactus dress just for the occasion (which, I must say, looked stunning! 😉

In conclusion, Sun City is a destination spot for me always. The people are wonderful and relaxed, the climate is dry and the decor of the city holds a retro charm like nothing I’ve ever seen. I have to give a special Thank You to Larry and Trudy for inviting us, housing us, and showing us a great time! So many laughs, so much stimulating conversation, and so much fun.

Thanks Sun City. You make me want to retire so the REAL fun can begin! 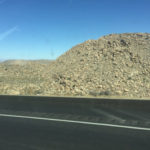 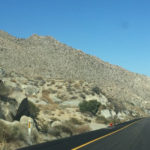 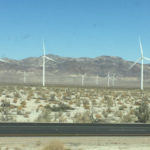 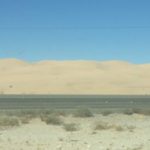 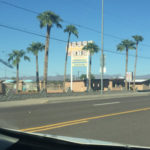 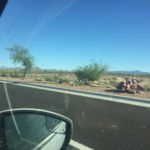 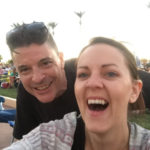 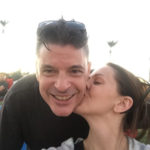 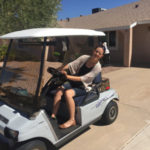 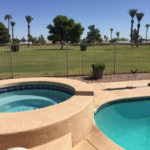 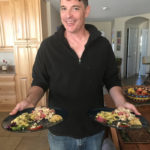 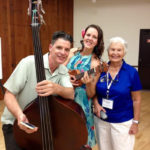 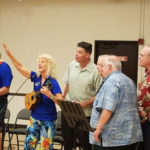 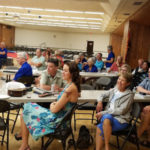 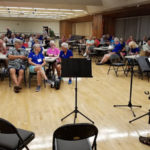 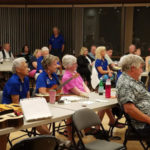